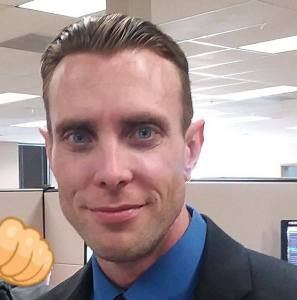 Joshua Wise is an individual who’s thoughts have motivated and inspired others for years. Often considered a “Street Therapist” and sought after for advice and coaching, Joshua has offered wisdom, insight, and counseling to many of the Homeless and others along the way.

Joshua built his life with the four foundations. Balance, Truth, Choice, Respect. Through these he has found ways to implement each of them through life as Universal Principles and continues to seek out the answers for others. He currently works and resides in Salt Lake City, Utah. He works for Financially Fit, an education and mentoring company out of Salt Lake. He believes he can help many people see the world in a different way than they did before. Offering his own unique views and perception to others as he continues to pursue success.

While Joshua has struggled being homeless, he went to college and achieved a degree in Graphic Design. He continues to learn about sociology and psychology, and broadens his understanding through others he works with as well as through life experience itself. He understands a wide variety of life and his understanding only helps to connect and relate with others.  His idea of success is not simply to make money, but to change the world, if only one person’s. He believes by changing even a single individual for the better, the cascade effect will only make the world better than he found it, or than it had treated him.